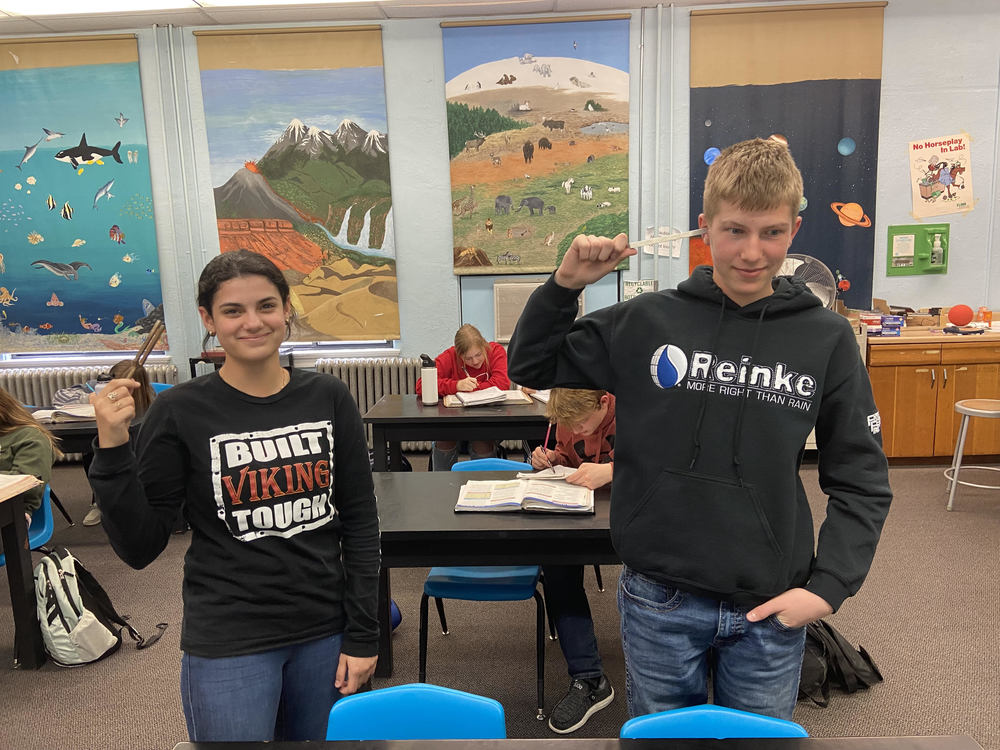 The freshman class is currently studying waves, specifically sound. This topic is especially important given how noisy they are. Our study of waves brought up some interesting questions to discuss. Can you hear in space? How do your ears help you interpret sound? What is music?

If you ask Michael Bartu, music is the sounds that come out of his mouth when he attempts to “sing” Taylor Swift in class. However some of his classmates may not agree! The difference between noise and sound has become sort of a gray area with some of the newer genres of music. I’m looking at you, Dubstep, but essentially music has patterns and noise does not. Humans are very good at recognizing patterns and the students could recognize several songs just by hearing the first few notes.

I am not the most musically inclined. I play no instruments, but I love music. Several of the freshmen do play instruments and that dynamic allows for interesting insight into music versus noise. Sound waves are compression waves and need a medium to travel through, such as air. Water also allows for the transmission of sound, but anyone that swims often will tell you it’s quite different than in air.

Space is a completely different situation. When in space, there is no medium for the sound to travel in, but Star Wars would be quite boring if all of the explosions and blaster fire were silent. So, creative license is taken and physical realities are suspended. Next you’re going to tell me the Ewoks were just kids in bear suits and lightsabers were CGI.

Our study of waves will eventually lead us to light, which does travel through space and travels much faster! We see several phenomena that show the difference in these speeds; lighting and the resulting thunder, and the smoke and sound of a race starting gun to name a few.

We encounter waves everyday and learning about them will help us better stand our world. Be sure to ask any freshmen you see to demonstrate the Doppler effect for you, but under no circumstances should you ask them about music unless you have earplugs!

Picture Caption: Freshmen Kmila Benitez and Carter Milton test the doppler effect by moving a ringing tuning fork closer and farther from their ears. Looks like Carter got too close.