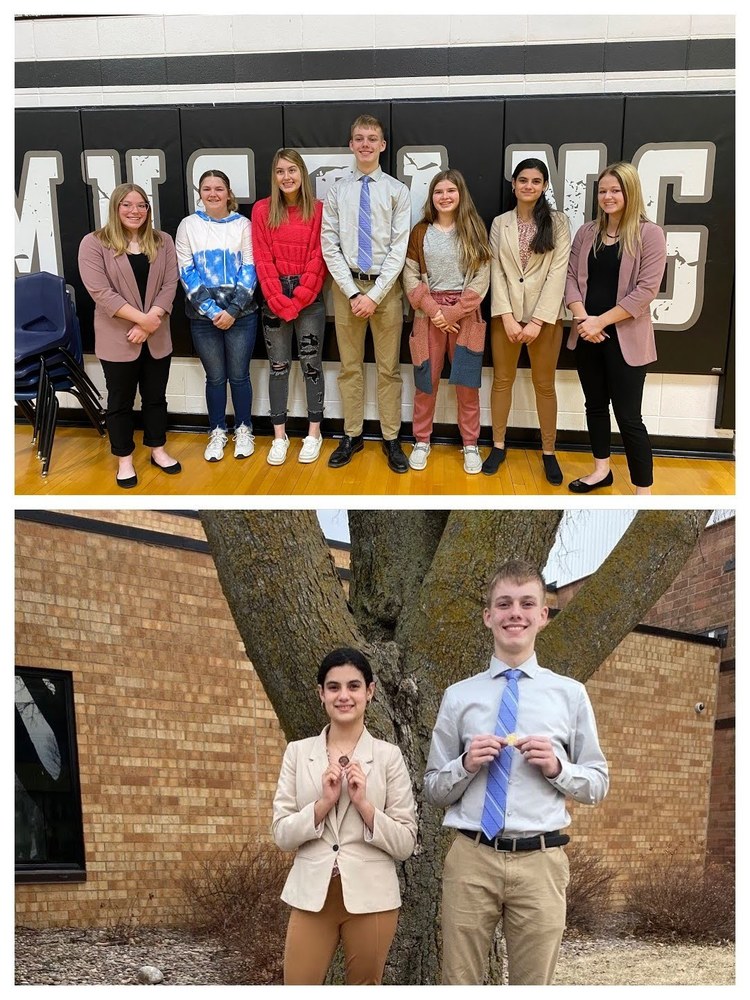 The Exeter-Milligan speech team had a strong showing at the district contest in McCool on Friday, with two participants earning a trip to the state speech contest. Two other entries came up just short of qualifying. Morgan White finished fourth in serious prose. While in duet acting, White teamed up with Jozie Kanode, finishing fourth in the event as well. In humorous prose, Kmila Benitez placed third, earning a trip to state. Troy Kallhoff won the extemporaneous speaking event at the meet, advancing to the state competition. The D-2 state speech meet will be held in Kearney on March 18.