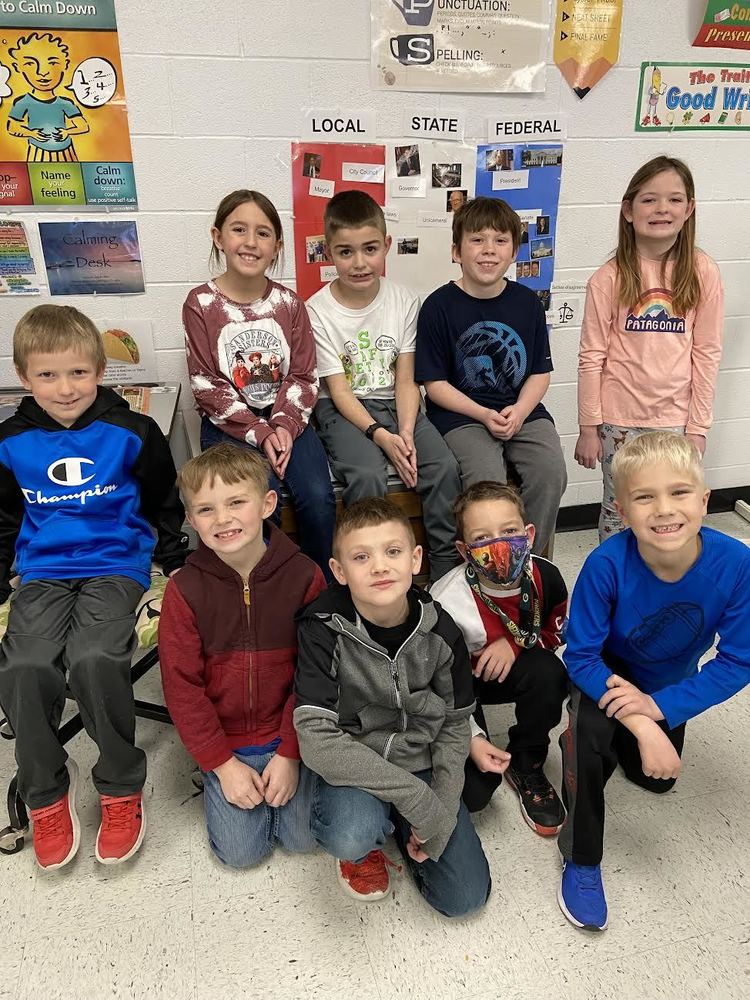 Government Through the Eyes of a Second Grade Student

Second graders at Exeter-Milligan Public School have been studying the different parts of each level of government. First, they began by studying local government. Students composed questions to interview a local City Council member, Laura Steuben. From her answers they heard about the responsibilities of a mayor of a community and how the city council assists. The class also learned the importance of being a good citizen and how to be active in your community. Next, they learned about our state government and the role of the governor. Students learned that Nebraska is unique since it has the unicameral. Then, second graders were fascinated by how the federal government works. They studied the duties of the President, Congress and Supreme Court. In this unit, they also studied about voting rights and famous Americans. They compared and contrasted the roles of leaders at the local, state and federal government levels. This group watched a video comparing the different levels of government.  Finally, each student selected a famous monument, located in Washington, D.C., in which to research. They each shared a presentation about their monument with their classmates. In conclusion, second graders at EM have learned similarities and differences of our three levels of government.